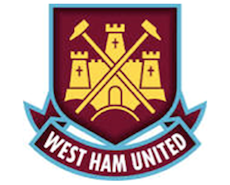 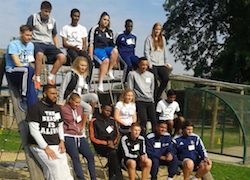 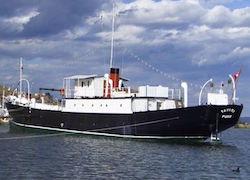 The Ship, the Lady and the Lake

At 19.20 on Sunday 9th August, twelve young Hammers took off from Heathrow bound for the Andes. They were all excited, some nervous, some apprehensive but the greatest fear each had was having to leave their mobile behind!

Angie White, the expedition leader, was in charge but according to the policy of Wilderness Expertise, the expedition organisers, she delegated the job of “herding” the group towards Departures to one of the team. Each day throughout the expedition, a team member will be appointed Leader and each member given a special responsibility. They fly via Lima to Tacna (550m), shop for stores, take transport to Miculla (23km, 1600m), overnight in hostal with hot thermal baths and visit petroglyphs. Next day onwards and upwards to Palca (3,100m) where they meet the 25 llamas who will carry their kit! From there the trek starts.

Although Angie has a satellite phone we don’t expect to hear from them until they arrive in Puno, Lake Titicaca. Their ETA being Thursday 27th August. At 19.20 on Sunday 9th August, twelve young Hammers took off from Heathrow bound for the Andes. Below you will find a short video of the coverage that the BBC News gave of the pending trip of the Young Hammers to walk the Andes in commemoration of the newly rebuilt Yavari steamship.

A Victorian steamship built in a Thames dockyard and flatpacked to the other side of the world more than 150 years ago is setting sail again — with a group of young Londoners on board.

The Yavari was built as a gunboat in London in 1862 then stripped down and shipped to Peru, where the 1,383 pieces of metal and wood were hauled by mules across the Andes to Lake Titicaca.  The ship carried passengers until the late Fifties before falling into disrepair — but has now been restored.

Read more about the story here in the London Evening Standard. Recently fitted by Amsumar S.A.C. Peru they had to be especially adapted for the altitude and cold of Lake Titicaca so we are very grateful
for that.

The vessel is nearing completion of her refit in readiness to welcome the young Hammers from West Ham united Foundation in August.” “We are expecting guests who are only coming to see our 1914 4-cylinder hot-bulb semi-diesel Bolinder engine fired up, and have subscribed generously for the experience. Here, under the leadership of Chief Engineer, Maximo Flores, the engine is being prepared and, as a trial run, proved to be in good working order!

We also appreciated the transformation on the main deck. Now that the bulkheads have been installed and deck beams repaired the vibration of the deck has been totally eliminated and all is now firm under foot.” Throughout the selection process they showed application and enthusiasm to seize this unique opportunity and are now underway with fundraising and training.

When they complete their trek to Lake Titicaca (3,810m), they will meet the local young football fans who will be waiting to challenge them as part of the Copa Claro, the schools’ challenge cup.

The young trekkers need to contribute to the cost of the expedition -£68,000 -and so are hosting a variety of fundraising events including a sponsored London stadium orienteering journey.

To help these young people, please donate to their Just Giving page “I spent a very pleasant day investigating Luquina Chico which is a small community on the northern coast of Chucuito, the southern peninsular which forms the “gateway” to the Lake from Puno.

By express launch 45mins. By slow launch 2hrs. from Puno.

The community offers full board and lodge with families. The programme is an initiative to promote rural tourism and although the homes are modest, they provide hot water and all meals. The location and views of Lake Titicaca are beautiful and the people, like Sra Flor de Maria, pictured, very hospitable. As yet, this community, of fishermen and smallholders is not “touristy” nor do they have wifi so best to contact via Manuel Quispe: email. manuel0117@hotmail.com” Yasmine Martin, a Trustee of La Asociacion Yavari came for 24hrs to inspect progress and help programme our future. Her experience with Orient Express’s river boat on the Irrawaddy and launching their Transandean train from Cusco to Juliacca, Peru, is most relevant. But first we were escorted by Transandino’s Captain Cleto to see over their 1935 dredger, Zuniga II. It was manned by a crew of 20 and used to dredge the channel from Puno Bay to the lake. Yasmine is showing us the comforts on board because with some investment it would make for a most original hostel! “Mauricio Tito Pancca Apaza, our welder and his team of three made our new doghouse in line with the other two on board but more accessible. It weighs over 150kg. (300lbs) so it took some lifting on board and into position!


The team was proud of the finished article and quickly set about painting it white. It covers the main companionway to the holds below. Having watched and applauded, I had to go to Bolivia for the day. It is only 88 miles (142km) from Puno to Copacabana but there is always a delay at the frontier for a queue of of every nationality backpacker tourist and local to be stamped out of one country, walk 300 ms and be stamped into the other. Copacabana is a pleasant lake-side village with its beach and fleet of boats ready to take you to the Islands of Sun and Moon. “Soon after arriving a few months ago, H.E Mr Anwar Choudhury, accompanied Peru´s Minister for Education to London to launch a programme of “Teaching English”. Peruvian teachers and trainees will visit UK and their British counterparts will visit Peru. The target is for Peru to be speaking Spanish, Aymara, Quechua…… and English by 2020.

The Ambassador was happy to hear of West Ham Foundation`s Peru Yavari Expedition in August. He, too, comes from east London.”

” He also told me that a statue of Paddington Bear was to be erected in
Miraflores, Lima!” The grating has now been made and installed in all three holds and over a 11/2 tons of ballast loaded into the holds. Maximo Flores supervised the distribution of the 268 bags of sand, each weighing 60 kgs (which were manhandled by our amazing crew!). Maximo was looking after the Yavari on behalf of the Navy before the Asociacion bought her in 1987. There is not a nook or cranny of the ship which he doesn’t know!